Positioning Players for the Start of Play

Late arriving players may not enter the court while the game is in progress, but after notifying the Umpire may take the court:

If a late arriving player takes the court without notifying the Umpire, a free pass will be awarded to the opposing team where the infringer was standing.

Any team not ready to go on court by the end of the first quarter of play will record an automatic default.

Any team that arrives later but takes the court and is ready to play prior to the end of the first quarter of play will be penalized one (1) penalty goal for every complete thirty (30) seconds that the non-offending team was on the court and ready to play after the official game clock had been started.

Please make sure you let management know at least 24 hours before your scheduled game time if you are unable to make your game, this enables us to find a replacement team to fill in.

The game is played in 8 minute quarters with 30sec change over between quarters.  There is a 1min half time break.

No player may come into contact with an opponent in order to interfere with the opponent’s play either accidentally or deliberately.

Infringements taken at the umpire’s discretion, as a penalty pass or a shot at goal undefended.

A deliberate delay of play anytime during the duration of the game may result in the Umpire awarding the non-offending team with a five meter forward gain in court position and/or a penalty pass or shot.

No deliberate kicking or stopping of the ball with any part of the leg/foot.

A player may block 3 feet outside the goal area and in the goal area only provided their legs are no wider than the width of their shoulders and within 3 feet distance of the player the defending players hands remain by their side. No blocking through the court.

If an umpire decides that two players have infringed simultaneously a toss-up will be held between those two players.

A player in possession of the ball cannot slide or drag the grounded foot, hop onto the other foot or re-ground the landing foot before releasing the ball.

If the ball goes out of the court area, the opposing team must throw in the ball as close to where the ball went out.  If a foot is placed on the line while throwing in the ball, the other team is awarded the throw in.  Players do not have to wait for the umpire’s whistle.

A player who has had control of the ball; stopped it, bounced it forward intentionally, had possession in the palm of the hand and caught it cleanly may not re-gather it unless it is touched by another player.

When having an attempt at goal the ball must touch the goal ring (not net or post) before the ball can be caught by the same player again.

A player may not protect the ball with any part of their body in order to prevent the opposition gaining possession, whether it is intentional or unintentional. A free pass will be awarded to the non-opposing team.

A short pass between two players occurs when there is insufficient room for another player to come through/between the hands of the receiver and the passer.

A player who has either caught or held the ball must pass or shoot for a goal within three seconds of having received it.

Played on the Ground

The ball cannot be passed from a player lying, kneeling or sitting on the ground.

The Umpires whistle shall:

A pass off from within the restart area shall be taken by a defense player to restart play after every goal has been scored.

The player taking the pass off must:

At the time of the pass off all opposing players must be 0.9m from player’s grounded foot.

A penalty pass or shot will be awarded when the following infringements occur (players must be beside and away from the player in possession of the ball);

A free pass will be awarded when the following infringements occur (players do not have to stand down when a free pass is given);

Players will stand 0.9 meters apart, upright with arms down by your sides.  The umpire will toss the ball and blow the whistle.  Only when the whistle blows can the players move.  An attempt to catch the ball must be made.  A player must not bat the ball nor move their hands before the whistle is blown.  If this happens a pass is awarded to the other team.

Interceptions must be taken cleanly.

When a player is shooting for goal, defending players cannot hit the ball on its downward motion.  When a defending player strikes any part of the goal hoop (including net). This is goal tending, and the goal will count.

Consumption of foodstuffs and drink on court is not permitted (only water).

Any players with bleeding wounds must leave the court. At the time the player is blood binned, the Umpire will ensure any equipment that is blood marked is replaced IMMEDIATELY and let play continue. A substitute can ONLY take up the vacant position. If no substitution is made, the injured player may return to the court only after the Umpire has been notified and a goal has been scored.  Up to two minutes blood bin time can be taken.

Should this be a draw the team with the highest score in the round robin will win the game.

The Biggest Little Circus is bringing their aer... 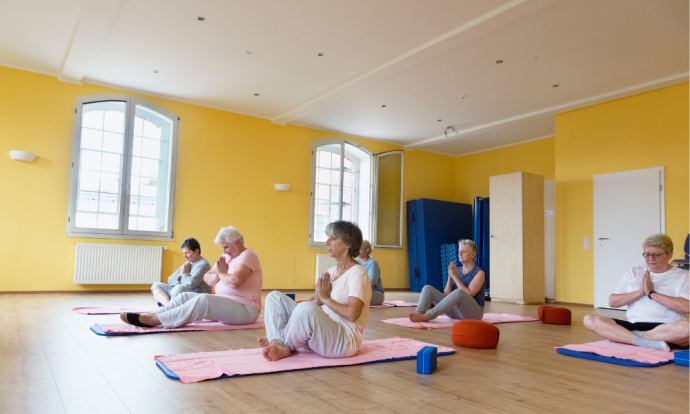 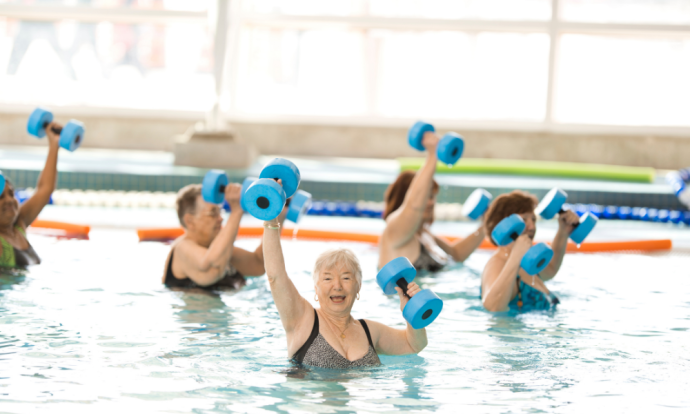 AquaFit is a great aquatic cardio workout that ... 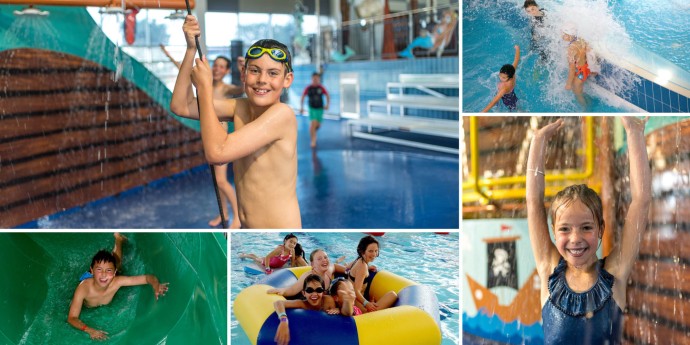 When the sun goes down on a Friday evening, Bay...